Gloria Mahoney, 69, has primary biliary cirrhosis, an autoimmune disease of the liver. Her body’s immune system is attacking its own cells. She needs a new liver.

Greg and Gloria Mahoney got married in 1969 and has celebrated their 49th wedding anniversary on April 26, 2018.

Gloria started work at Windsor Chrome Plating in 1973. She now questions if decades of breathing fumes from toxic chemicals contributed to her health problems. In 1994, shortly after her dad died — he suffered from rheumatoid arthritis — she started having problems with her foot. She would not bend her ankle and foot. Her doctor sent her to a rheumatologist. They did blood work. It showed something unusual.

The next day he called and asked her to go back and do another blood test. The blood test was the same. It was showing autoimmune disease.

She was diagnosed with primary biliary cirrhosis.

“The doctor said we can slow the progression of this with medication,” said Greg. “He said it will eventually cost you your life. It’s a non-reversible disease. Your liver will fail and you will die. We just don’t know when.”

Gloria stayed with the chrome plating company through name and location changes, and retired in 2008 after the plant was shuttered.

Once the plant closed her health improved remarkably. She had a normal life. There’s so much scar tissue there that the liver is just failing to work now. Things started to unravel last year, when the snowbirds were in Florida.

“She got deathly ill down there,” said Gloria’s husband, Greg. “She got bronchitis, then it went in to full blown pneumonia.”

“She just never came back from that,” said Greg. “They finally linked it to her liver disease. We just thought it was a lung issue.”

Since then, it’s been a constant deterioration. Fluid constantly builds up in her lungs and around her heart. Her spleen is dangerously enlarged due to portal hypertension, or increased blood pressure. “Brain fog” from toxins in her liver makes her forgetful and turns simple tasks into an ordeal. Gloria has made arrangements and settled her affairs.

“We did everything because I was so scared,” she said.

Greg now spends his days trying to ease that anxiety. Six feet tall and 260 pounds, he has a handshake like a vice grip. But with Gloria, he’s soft as can be. Helping her stand from her favourite chair in the living room, guiding her with a gentle touch on the small of the back, and patiently holding doors, he nudges her along with a barely whispered “Let’s go sweetheart.”

Greg’s home office, tucked in the corner of their basement, has become “liver central.” It’s his base of operations for scouring the Internet, researching his wife’s disease and looking for hope.

His desk is under a mountain of pamphlets about liver disease and organ donation, scribbled notes, and a sheet with names of potential donors.

This isn’t how they planned to spend their retirement. They loved to travel. The couple owns a mobile home at Rondeau Bay and one in Florida. They both go unused. Greg used to have a fishing boat.

Weeds grow next to their empty backyard pool. The live palm trees that usually adorn it still sit in the cluttered garage where they were housed for the winter. Robins are nesting in the tiki bar. Gloria’s beloved gardens are also overgrown and unattended.

One of her local doctors recently referred her to a transplant specialist in Toronto. Briefly, there was hope. But the doctor there gave them bad news.

“She did explain to us, livers are few and far between. She said it’s a real problem, we just never have enough livers for the number of donors we need.”

The need became apparent when Greg and Gloria were waiting for their consultation.

“We met a whole pile of people in the waiting room, waiting for kidneys, livers, lungs, all kinds of things,” said Greg.

But the Toronto doctor suggested something no one else had mentioned.

“She said Gloria would be a great candidate for a living donor,” said Greg. “I was really amazed at the liver being such an organ able to regenerate itself. I thought, let’s go this route.”

One of the biggest advantages to a living donor is a much shorter wait time, according to the Trillium Gift of Life Network.

The qualifications for a transplant, measured on a numerical scale called the Model for End-Stage Liver Disease (MELD), are the same regardless of whether the organ comes from a deceased or living donor. But after they’re on the list, patients can still wait years for a deceased donor.

Livers from living donors also tend to be healthier. The time to recover and transplant the organ is cut from hours to minutes, the surgery can be scheduled electively, and there is less risk of complications.

Between 30 and 70 per cent of the liver is donated, depending on the age of the recipient. Within a few months it can regenerate into a fairly significant sized liver.

The potential donor must meet health requirements, be a match to the recipient for blood type, and have the right size liver. There are also serious risks. Bacchus said a donor died in Toronto a few years ago.

Two surgical teams work simultaneously on the donor and recipient, in a procedure that lasts eight to 10 hours.

But while cadaver donors are in short supply, Greg said there also aren’t crowds of people lined up to give away hunks of their vital organs. Growing increasingly desperate, he posted a message on Facebook with his phone number, hoping to get the attention of anyone willing to be a living donor.

“We need your help,” he wrote. “As you may or may not be aware of, Gloria is suffering from end-stage liver disease. Her health is failing fast and needs a transplant.”

“It’s been phenomenal,” he said. “It just floors us. You see people come forward and offer such a selfless act, a gesture of immense compassion. That’s a major surgery. It’s not something to take lightly. It renews your faith in humanity.”

Greg is quick to point out that he’d be the first to be tested for compatibility, but donors must be between the ages of 18 and 60.

So he tries to take care of his wife in every other possible way. When she’s having a bad day and forgets what she was doing, or needs help standing up when she has no strength, he is there at her side. If you consider being a living Liver donor to Gloria, please visit:

Score to Save Basketball Star 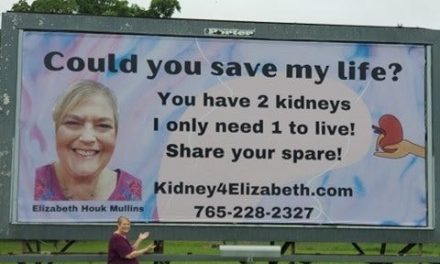 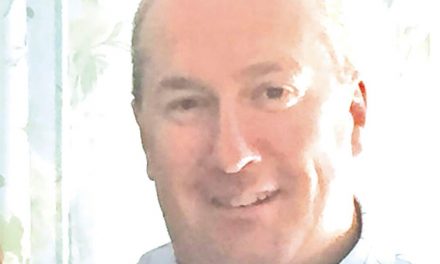