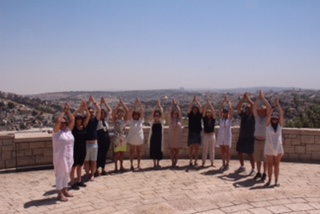 When You Need a Miracle Where Do You Go?

A Miracle from the Graves:
One of my favorite miracle stories for my non profit Save1person.org (where we highlight one person in the media who needs a medical miracle  to save a life of someone in need of an organ donor) is the one about Heshy Felig.  Heshy, an Orthodox Jew who lives in California,  needed a living kidney donor.   Heshy was dying and needed a miracle. So Heshy took matters into his own hands and went to Israel to pray at the righteous souls’ graves to ask for divine assistance. Heshy’s miracle arrived through the channel of my non profit, Save 1 Person. We sent out a Save 1 alert for Heshy through the media, and a stranger from Alabama, a religious Catholic woman, decided to save his life and give up one of her kidneys as a living kidney donor. Marisa never saw a Jew before, but nevertheless gave a kidney to a Jew.  The stars aligned and Heshy received his miracle.  As I write this Heshy’s ten-year kidney anniversary just passed and recipient and donor are now eternally tied.
From Bars to Graves:
Years ago I was exposed to praying at tsadiks’ graves with the holy Rebbetzin Jungreis in Israel. Before I met her I used to go to bars and clubs not to graves and caves,  Nevertheless, the rebbetzin showed me what it was like to believe in something bigger than the here and now. There was something comforting to me to  go to these righteous souls’ graves. It gave me connection; it gave me hope; it gave me a feeling that I had an angel I could call on when I needed it the most. But most of all it connected me to the world of souls letting me know that I was never alone. There was more than I could see out there.  So now whenever I go to Israel I try to stop where I can get some extra angelic help.
Studying with Sarah from the Kabbalah Center:
Every Monday, like clock work, I study the Zohar with Sarah Yardeni at the Kabbalah Center. She mentioned she was taking some students to Israel to some tsadiks’ graves.  I asked her if I could go with her, she said yes, and off we went to what seemed to me every single Kabbalist’s grave in the holy land. I thought Rebbetzin Jungreis had it all covered, but with Sarah we went from early morning to late at night praying, connecting, talking, getting and giving messages to the souls that were encased in the tombs and graves.

I can’t remember all the graves we went to, so I will just point out the out-of-world experiences. We went to  Hevron and visited the matriarchs and patriarchs as one of our events that  stood out in this worldwind grave tour. What was scary, unbelievable and surreal to me was that Sarah, our teacher, insisted we go to the Arab side where the tunnel is present to the Garden of Eden. The righteous believe that all souls who are born and die travel through this portal before they are born and die. This portal was in a mosque. We had to say we were American tourists, not Jews or Israelis, in order to enter. The streets were deserted. This is the same mosque where a radical, extremely religious man  shot dead numerous praying Arabs.  I was frightened upon entering the Arab section because I had heard in the news about people dying here after conflict. The wall we were standing in front of had what looked like smeared blood. However, it could have been red paint or graffiti. Sarah, our teacher and leader, valiantly lead us to collect energy from the passageway from earth to heaven. For me, personally, the experience was so intense that my heart started tingling. I had to catch my breath.  I’m not sure what I was experiencing, but whatever it was I felt it did not belong to this world.

Another stand out moment was when we hiked down to the cave of Rabbi Chiya. This rabbi was one of the 13 men who studied the secrets of the Zohar with Rabbi Shimon bar Yochai. Rabbi Chiya is referred to many times in the Zohar. What struck me the most was our group’s devotion to finding these holy souls and collecting the energy we could then share with the world. Again, trekking down these hills we didn’t know what we would find, yet we all knew it was mystical, magical.  It was divine guidance that led us all on the same spot to gather or download the energy to carry out our unique mission.

Another common stop for most tourists was Rabbi Meir Ha Ness. We prayed, cried, requested our miracles. To me there is something extremely cathartic about visiting these spots. Our teacher, Sarah, explained that a miracle is simply when we go against our own nature, and we all have the power to be miracle makers. Sarah told us not to pray for a miracle, rather pray that you are able to get out of your own way to be that miracle maker.  Pray to see your own blocks; to be able to receive the miracles that are limitless. I personally prayed for both.

And yet another out- of-this world experience was venturing off to the cave where Rav Shimon Ben Yochai and other holy souls gathered, and where Rav Shimon revealed the secrets of the Zohar to them. This location is between Tsfat and Meron.  We had our bodyguard Golan with us.  In the middle of the night he scouted out the area beforehand to make sure it was safe. We all sat on he floor with candles. Our teacher was reading an excerpt from the Potach Eliyahu, and we all lit candles for what we wanted to create in the world. My heartfelt utterance was unconditional love.

We went to so many rabbis’ graves from Taninim (rabbis who were known to bring back the dead) to Yonatan Ben Uziel (Amukah). I did not know a lot of these souls who passed. I do know the feeling it left with me.  There’s so much more than meets the eye.  It also left me with a profound feeling of gratitude that I could connect to these holy souls that created a pathway for the living to make a difference in the life of others. This trip was a gift from the heavens above.
I would be remiss if I didn’t mention one of the biggest gifts of all:  traveling with a group of like minded individuals on a spiritual mission. Together with Golan, our bodyguard, and Ronen, our bus driver, we moved through Israel as one unit, taking our experiences and giving them back to create a global transformation of love and unity.

So, what does all this have to do with Save 1 Person (Save1person.org)? Isn’t saving a life sometimes opening up our eyes to realize there’s a much bigger picture than we can ever imagine? What are you not seeing in your own life that’s beyond this world? Save 1 Person. Save The World. 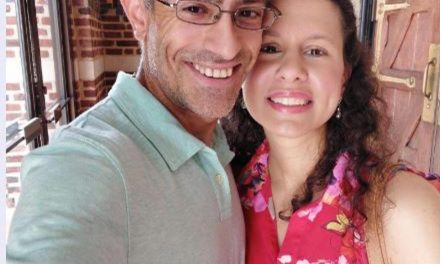 HOW DOES TINA FEY SAVE LIVES? 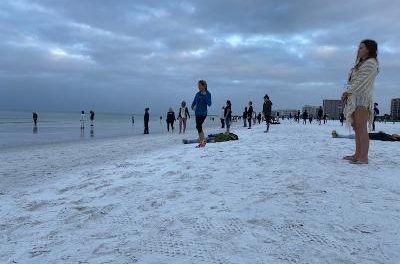 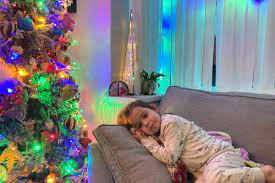