We highlight one person in the media weekly who needs a miracle and ask viewers to save that life!

By Jameel Naqvi
Toddler in Illinois Needs Living Kidney Donor – Will You Help?

On Oct. 28, 2010, Nathan Saavedra, just a few weeks shy of his second birthday, received the gift of a lifetime — a healthy kidney.

Nathan was born with a condition called “prune belly syndrome,” a birth defect characterized by underdeveloped stomach muscles. The condition can lead to other problems, especially with the urinary tract and kidneys. 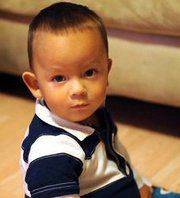 From nearly the moment Nathan was born, his parents knew he would need a new kidney, but for safety reasons they had to wait until Nathan was at least 15 months old.

They also had to wait for a qualified donor to step up or for Nathan’s name to come up on the kidney waiting list because no one in the family qualified as a donor.

In March of last year, 38-year-old Chris Doing, who like the Saavedras lives in Carpentersville, read about Nathan in a newspaper and contacted Tina Saavedra, offering to be a donor.

In October, after months of testing to make sure Doing was a good match, he had one of his kidneys removed. A day after the transplant, Nathan’s indicators looked good. A week later, he went home.

A few months later, though, doctors at Children’s Memorial Hospital in Chicago noticed Nathan’s creatinine levels spiking — an indication that his kidneys were not functioning properly.

Doctors performed an ultrasound and discovered that there was no blood flowing to Nathan’s new kidney. The organ has somehow twisted inside him, choking off its own blood supply.

On March 13, doctors performed emergency surgery, untwisting the kidney to see if blood would return to the organ. It did not, and the next day, they removed the kidney.

Nathan spent five days on a ventilator. His mother was beside him the entire time. Now, she says, Nathan is waiting for a new kidney.

“It was very shocking and scary to know we have to go through this again,” Tina Saavedra said.

Through the ordeal, Tina says she and her son have grown close to Doing and are still moved by the kindness he showed to a stranger.

“It was extremely exciting and heartbreaking,” Tina said. “To this day, he is still our angel.”

Doing doesn’t regret donating his kidney, even though it didn’t work out.

“I’m heartbroken to see miss Ms. Saavedras be back in this situation,” Doing said. “I was prepared for the worst-case scenario.”

Nathan can accept a kidney from a donor who has Type B or Type O blood, is 18 to 55 and has no history of high blood pressure or heart disease. To start the process, get documentation of your blood type from your doctor and fax it to Children’s Memorial at (773) 327-3937.

You can also contact Nathan’s mother through his Facebook page, “Nathan Saavedra’s Fight,” or by e-mailing nathansaa@aol.com.

A fund in Nathan’s name at Harris Bank (any branch) is accepting donations to offset his medical expenses.

Nathan is doing the best he can, his mother says. Like any toddler, he has moments of extreme elation — when he’s not receiving dialysis to replace his kidney function.

Doctors say Nathan can come home in a few weeks, although he will still have to make regular trips to the hospital for dialysis. 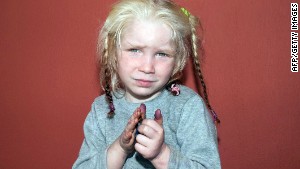 FOUND – HAVE YOU SEEN THIS GIRL’S MOM OR DAD?

My ex needs a kidney donor

My Husband Has Kidney Failure