9/11 First responder – Paramedic who also served in the U.S. Marine Corps, veteran of the 1st Gulf War, father of a 15 year old, A hero! Desperately needs a life-saving kidney! He was informed him that his kidneys may have failed as a result of his being a 9/11 rescuer!

About this wonderful man who needs a kidney:  Donald Pritchard is 53 year old 9/11 first responder, father of a 15 year old girl , on dialysis and in desperate need of a kidney. He was told that his kidney failure may be as a result of his exposure during his rescue efforts throughout the day on 9/11.  He was working with the EMS and arrived on the scene shortly after the North Tower was hit.  He and a group of NYPD officers were about to walk into the South Tower when that building was struck.  Instead of gaining access to that building, it collapsed in front of his eyes.  Miracle he survived.  Then, he took upon himself to rescue people from the debris.  This incredible man also served in the United States Marine Corps and is a veteran of the 1st Gulf war. He risked his life and saved the lives of others.  Wouldn’t it be great if  a story can be done about his needing a kidney which may result in his life being saved instead!  As often when such stories are in the media, great things happen, including lives being saved! If you would like to donate a kidney please contact Chaya at kindeymitzvah@aol.com.

The Sun Will Come Out Tomorrow. 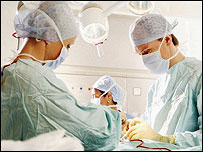 John gets his life Saved by Tami after she reads Save One Alert!

Orgins of Save 1 Person