Rescuing a single life earns as much merit as rescuing the entire world, according to the Talmud.

By that reckoning, Yifat Levin of Atlanta is a world-saver.

On Jan. 6, the 36-year-old wife and mother of three donated one of her kidneys to Lauren Gitelson, 42, of Stony Brook, N.Y. Both surgeries were successful.

Organ donation and transplantation, with the removal of a body part from a living or dead donor and the inherent risks of any surgery, initially raised many ethical and legal questions in the Jewish community. In more recent years, advances in medical technology have led to widespread agreement among all streams of Judaism about solutions to many organ transplant questions.

Among the intricacies of halacha (Jewish law) that relate to defiling or endangering oneself or mutilating a body before burial is the overriding concept of pikuah nefesh: The preservation of human life takes precedence over all the other commandments in Judaism.

Levin thus was a registered organ donor even before learning about Gitelson.

“Once I’m no longer living, I won’t need those organs anymore. If someone needs them, it’s the right thing to do,” Levin said, acknowledging, “For many people, it’s difficult.”

Levin was moved to consider being a living kidney donor when she read about Gitelson’s need early in the fall on the Frum Atlanta Yahoo! Group, which serves Atlanta’s Orthodox Jewish community.

“Medical issues don’t intimidate me,” said Levin, a nurse who is taking a professional break. “I can live with one kidney. Lauren can’t live without one. I hope if I was in a similar situation, someone out there would do the same thing.”

After discussion with her husband, Hillel, who supported her decision, Levin took the initial step of having a simple blood test locally to determine whether her blood type matched Gitelson’s.

Further testing at New York-Presbyterian Hospital Weill Cornell Medical Center, the site of the transplant surgery, determined that Levin met the criteria to donate a kidney to Gitelson, a wife and mother of two young boys.

Health and psychological testing are required for potential donors. A living donor has to be in excellent health and have blood and tissue types that are compatible with the recipient. The recipient must be negative for antibodies that would reject the donor kidney. The donor must be able to accept the possibility that the transplant won’t succeed.

Gitelson was unaware of Levin’s efforts throughout the testing process, preferring to be notified only if a match was found. On dialysis since September 2012, Gitelson and her family had explored every avenue to locate a living donor, with no success. In New York, the wait for a kidney from a dead donor is eight to 10 years, according to Gitelson, whose low-functioning kidneys resulted from scarring, possibly from an infection, her doctors told her.

The happy task of informing Gitelson about the match fell to Chaya Lipschutz, who posted the notice on Frum Atlanta on behalf of KidneyMitzvah. Lipschutz, an Orthodox woman from New York and a kidney donor herself, has made it her mission to promote living kidney donations and help those in need of a kidney find a donor, no matter what race or religion. Through Lipschutz, Levin and Gitelson received each other’s email address and corresponded. Their families met in New York in December on the Levins’ way back home from Israel.

“I felt like I was having dinner with a friend I hadn’t seen in a long time,” Gitelson said. “She’s so easygoing and relaxed, warm and friendly.”

That her donor was Jewish didn’t surprise Gitelson. “We felt the Jewish community would play a role in this. I felt in my heart that this is where it would come from.”

Levin’s laparoscopic surgery to remove one healthy kidney took about 1½ hours under general anesthesia. She was hospitalized for two nights, stayed in New York for several more days and returned to Atlanta on Jan. 13.

Levin, who lives in Toco Hills and is a member of Young Israel, said any discomfort she felt was the result of surgery, not losing a kidney. “I don’t feel any different with regards to having only one kidney.”

After recovery from surgery, donors may resume their pre-op routine and require no medication.

Gitelson’s hospital stay was several days longer than Levin’s, and she is recovering at home after a three-hour laparoscopic surgery under general anesthesia. Her new kidney is working, and Gitelson said her doctors are happy with her progress.

Because her immune system is temporarily compromised, she will limit activities outside home for three months, then resume normal activities. She will remain on immune-suppressant, or anti-rejection, medicine the rest of her life.

“The whole thing is a miracle, that someone can give you a piece of them in your body,” she said.

Levin and Gitelson sat side by side awaiting their surgeries. Levin visited Gitelson in her hospital room the day after, and they saw each other again at a follow-up checkup six days after surgery. They plan to remain in touch.

“Our lives are entwined now. We’re like family,” Levin said.

“I’ve made a friend for life, a forever bond,” Gitelson said. “My family has so much gratitude for Yifat and her family. She’s an angel. It’s a very special person who could do that.”

A 60-year-old Jewish man in Atlanta who has received dialysis for 3½ years needs a kidney. For information about donating to him, email Chaya Lipschutz at KidneyMitzvah@aol.com.

When Yifat Levin of Atlanta became a living, unrelated kidney donor, she saved the life of Lauren Gitelson of New York, yet

As of Jan. 9, 109,520 people in the United States are awaiting lifesaving kidney transplants, according to the United Network for Organ Sharing. In Georgia, 4,404 are on the waiting list; the typical wait lasts four to eight years.

When a match is made between a living donor and a recipient, the transplant can proceed right away, said Dr. Joshua Wolf, a transplant nephrologist at Atlanta’s Piedmont Hospital Transplant Institute who was not associated with Yifat Levin’s donation to Lauren Gitelson.

“We have more time to evaluate” a living donor’s health, he said. “With a deceased donor, we don’t know the medical history.”

Wolf said race, religion, ethnicity, age and sex are not factors in transplants, and the general prognosis for kidney transplants is positive.

“With living donors, the three-year kidney graft survival is 90 percent,” he said, adding that failures occur in recipients who don’t take their medications properly.

Regarding donors, he said: “We will not let someone donate a kidney unless we feel they will live the rest of their life with one kidney and do OK.”

In the seven years Wolf has been part of the Piedmont kidney transplant team, all living-donor transplants have succeeded.

Wolf said the recipient’s insurance often will pay for the donor’s medical evaluation, surgery and post-operative care. Some nonprofit groups will pay for a donor’s travel expenses. 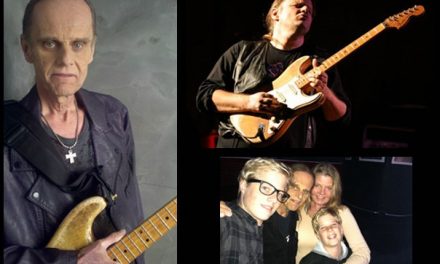 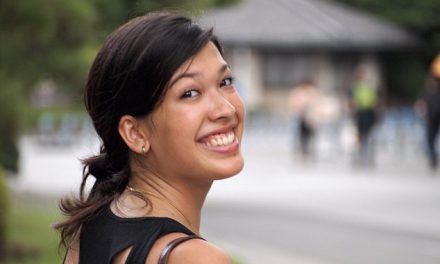 We highlight one person in the media weekly and ask audiences to save a life.