NOAH GETS A LIVER

19-year-old Noah Orchards recently underwent a liver transplant surgery after getting a life changing call on October 30. After receiving an overwhelming response for volunteers willing to help out and try to become a match, a full liver was made available to him.

Orchards has Cystic Fibrosis as well as Type 1 Diabetes so getting the liver is just another obstacle him and his family have gone through during the early stages of his life.

His Grandmother Joan Losinski provided an update and said the surgery went well, now he just needs to recover and get back to his normal health.

“I’m sure there will be some bumps in the road, but when that happens we will tackle it, it is a one day at a time, it’s always been that way with Noah, and you take it as it comes.”

Losinski says although the process went smooth, there is always a chance that the body could reject the liver, and in order to prevent that from occurring Noah will have to keep in good health as well as take his anti-rejection medication.

However it could reject the liver at any time.

During the recovery process Losinski said Noah and his mom will be staying near the hospital most of the time and family and strangers have been stepping up to help.

“People are so, so kind, it really is amazing.”

The Ladies Auxiliary Wetaskiwin branch provided some money so Noah’s mother could stay in the outpatient residence and paid for her parking for a month so she could be close to him.

Losinski says his stay could range from a month to six weeks, allowing him time to do blood work and physio but the length of stay isn’t for sure; since they live in Wetaskiwin they may be able to do some of the easier stuff from home.

Noah was able to receive a full liver, so there wasn’t a need for a volunteer to have to take time off work to have the surgery and recover.

But Losinski says the responses to try and match were incredible and she says they are thankful for that.

“Everyone will have their beliefs about it, you can say god’s looking after us or there is someone looking after us, everything came together and Noah really benefitted and so did the rest of us.”

Noah Orchard is an 18-year-old teen from Canada who was diagnosed with Cystic Fibrosis and Type 1 Diabetes.  Noah’s condition took a turn for the worse after he was admitted into the hospital for complications, when the family was told this young man now is in liver failure.  This young man should be planning for his future, girlfriends, school, jobs, instead he’s been in a hospital bed fighting for his life.  A living liver donor could save this young man’s life.  Did you know the liver is the only organ in the body that regenerates itself after six to eight weeks. Do you have O blood, in good health and have a desire to save a life? If you would consider being a living liver donor so Noah can live watch this new segment on Noah.:https://country105.com/news/4580678/community-rallies-for-alberta-teen-in-desperate-need-of-living-liver-donor/?fbclid=IwAR2oYkHxBQs-NKulVn07BaEC15I5bBpL97v_Qd7aFfz7C5S7eGcyfBqNT7A  then make a difference by donating here:  https://blood.ca/en/organs-tissues/living-donation. Save 1 Person. Save The World. 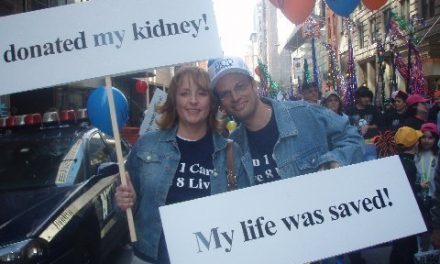